Digital nomads with all the bells and whistles

The best and hardest countries to work in, according to this designer who has worked in 82 countries

Digital nomad visas help attract foreign talent and income through remote workers who travel abroad to a country and stay there, temporarily or long-term, and work for foreign employers around the world.

India and Indonesia have long welcomed digital nomads. Chile, Argentina and Brazil are focusing on the idea. Italy is eager to leverage remote workers to breathe new life into its aging population. Dubai is positioning itself as the hub.

There are challenges when traveling creatives congregate in a locality with cash which can put pressure on goods and services and fuel inflation and other inconveniences.

However, the benefits far outweigh the benefits when high-value foreign workers such as architects, engineers, computer programmers, writers, designers, and others come together.

They train local talent. The lift the local economy. As the BBC reports below:

But if local government has its way, the emirate will also soon become known as something of a strategic hub between Europe and Asia, where thousands of remote workers are tentatively putting down roots.

In a bid to attract new talent to the region, in March 2021 the United Arab Emirates (UAE) unveiled a one-year residency permit for remote workers.

The visa allows foreign professionals like Julien Tremblay, a 31-year-old software engineer from Montreal, to live in Dubai while continuing to work for employers abroad. It also allows newcomers to access a resident identity card and most public services.

Tremblay, for example, can legally rent accommodation or even open a bank account – all while being exempt from paying any local income tax.

“When I started being a digital nomad [five-and-a-half years ago]there were very few visa options,” says Tremblay, who says opportunities like the one in the UAE are a game-changer.

“It takes you out of the gray area and allows you to be fully compliant with where you are staying. If you intend to become a non-resident of your home country, it is also much easier to prove that you have left and to become an expat.

Previously, digital nomads often lived in a legal limbo. Technically, they weren’t allowed to work in a foreign country, but they weren’t locally employed either.

The new digital nomad visas create a stronger foundation, setting a legal framework that gives remote workers and the companies that employ them more peace of mind.

Yet visas are not seen as a loophole to evade taxes; most nomads still pay them in their home countries to retain citizenship or receive public health benefits.

Nigerians invest $220,000 in Caribbean for free pass to US

The happiest and best countries for immigration

More than 25 countries and territories have now launched digital nomad visas, according to a new report from the Migration Policy Institute.

The trend, sparked by the pandemic, started with small European and Caribbean countries dependent on tourism. Today, major economies like the United Arab Emirates, Brazil and Italy are all launching their own initiatives.

For these countries, digital nomad visas are a way to attract new ideas and talent to their shores as well as capitalize on the growth of remote working to inject foreign capital into local economies.

Meanwhile, for nomads like Tremblay, the visas offer stability and a chance to become what he calls “slow-crazy” – long-term nomads who spend more time learning about the local culture” instead to treat host countries as temporary distractions”.

Requirements for digital nomad visas vary from country to country, but generally involve proof of remote employment, travel insurance and a minimum monthly income – all to ensure visa holders can support themselves. needs without taking local jobs.

There are also fees for applying (from $200 to $2,000), while the length of stay ranges from six months to two years, depending on the visa.

Some applicants may recoup this money through perks; Argentina, for example, plans to offer digital nomads on its new visa differential rates on accommodation, coworking spaces and domestic flights with Aerolíneas Argentinas.

Luca Carabetta, a member of the Italian parliament from the Five Star Movement political party, said Italy is combining the best elements from other digital nomad visas to create its own, which he says will be launched by September at the latest. .

A leading champion of the visa, he expects it to attract 5% of the global nomad market, which he estimates at around 40 million people, in its first full year.

“A digital nomad can bring us skills in all fields, from architecture to engineering, so it’s a good way to open our country to skills from abroad,” says Carabetta.

With Europe’s oldest population, he also sees the temporary visa as a way to attract younger residents, who can use it to test out a more permanent life in the country. “Our ultimate goal could be to have them, yes, as guests in Italy, but also eventually settling here.”

In preparation for the new visa, Carabetta says Italy has spent more than €1 million strengthening computer networks, improving transport and upgrading infrastructure in rural communities – all in the hope that digital nomads attracted by the most pastoral corners of Italy can contribute to their economy. development.

Meanwhile, cities like Venice and Florence have already developed programs to help digital nomads have a soft landing once they arrive.

Prithwiraj Choudhury, whose research at Harvard Business School focuses on the changing geography of work, says the benefits for countries like Italy are immense.

“First, the teleworker spends consumer dollars in the local economy,” he explains. “More than that, they also connect with local entrepreneurs.”

Choudhury thinks skill sharing is one of the biggest opportunities for countries, noting that it will be important for them to try to attract the right kind of nomads who can add value to the local community.

He cites the Start-Up Chile program as a historical example. Launched in 2010, it offered visas and cash incentives to foreign entrepreneurs to spend a year in Chile developing their own start-ups and mentoring local talent.

At the time, Chile only had a fledgling start-up scene. A decade later, thanks to the exchange of ideas, Chilean entrepreneurs have now launched unicorns worth more than $1 billion, including vegan food tech company NotCo and food delivery app. on-demand Grocery Cornershop.

“It’s a good example of how an ecosystem can be created if you invite talented foreigners to your country, even for just one year,” says Choudhury.

Those with the most to gain from digital nomad visas are emerging economies or small countries that have traditionally lost talent to larger countries, he adds: “Before, companies were competing for talent. Today, countries and regions are also fighting for talent.

Choudhury predicts that even bigger economies may soon offer digital nomad visas to stay competitive. And he thinks those who create the best ecosystem for remote workers will see the greatest benefits.

“You need to help them for the duration of the stay by connecting them with like-minded people and entrepreneurs,” he says. “Once they’re gone, you need to set up an alumni program so those people can stay in touch, keep contributing to the community, and keep coming back.”

Digital nomad visas can offer many promising opportunities, but they could also create new challenges.

They can, for example, trigger an increase in the local cost of living, increase competition for resources and create “privilege bubbles”, according to Kate Hooper and Meghan Benton, authors of the Migration Policy Institute report.

The researchers cite Bali, Indonesia and Goa, India as examples of existing digital nomad hotspots that have struggled with these issues in recent years.

Having a working class that uses local infrastructure and services but does not pay taxes for them can also create resentment among tax-paying residents.

Some experts are also wondering if digital nomad visas will gain popularity in the first place.

Denmark’s Soomro, founder and CEO of global mobility database visadb.io, says “larger segments of nomads still use the three to six month tourist visa option for various reasons, such as complications related to the application for digital nomad visas”.

Soomro says the cumbersome paperwork, expensive medical exams and challenges showing proof of monthly income (especially for the self-employed) can make many nomads more inclined to simply enter as a tourist and quickly cross the border in case. of need. They are, after all, itinerant by nature.

However, after doing this for five years, Tremblay says he is happy to have applied for the digital nomad visa in Dubai. “It’s great to be treated like a resident even if he’s not working as part of a job or an investment,” he explains.

The software engineer plans to use Dubai as his base for the foreseeable future, that is until the longtime nomad finds his next home. 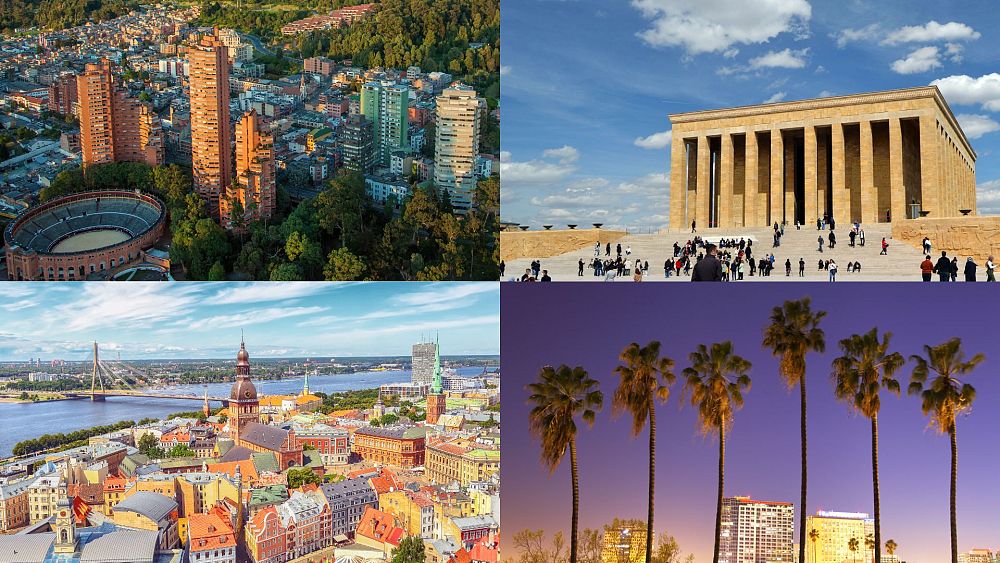 Digital nomads: These cities have the lowest rental prices for remote workers

As employers around the world embrace remote working, the number of digital nomads is on …